After the successful qualifying rounds throughout November we had Samuel Barlow, Sherwood, Whitwell, Abbeygates, Holly and Ravenshead schools competing for a place in the local final which will be played at half time of the Mansfield v Crewe game in Jan 2017.

Sherwood and Samuel Barlow came out victorious, which means they will go head to head at half time of the Mansfield Town vs Crewe Alexandra game, to determine who will represent Mansfield Town in the Regional Finals.

All the schools should be proud as they produced some of the best football we have seen since we started hosting the tournament. Thank you all for your participation and we will see Sherwood and Samuel Barlow in the final! 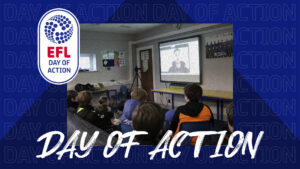