Ourselves at Mansfield Town Football in the Community was honored to be chosen and given the opportunity to stage this years competition. We decided to host at Sutton Lawn Pleasure Ground in order to facilitate the 9 clubs in attendance.

Each professional club from the Sky Bet Championship to Sky Bet League 2 has to run a local based competition for local secondary schools. Each local competition winner enters an Area Finals with the winners progressing to the Regional Finals and hopefully the National Final at Wembley ahead of the Checkatrade Trophy final.

Sutton Academy was the school that earned the right to represent Mansfield Town in the Area Finals by winning our local competition.

The tournament was a close affair with all schools having a great chance of reaching the final 4 for our Area Semi Finals.

Both Sheffield clubs and eventual winners Derby County started strong and easily qualified for the top 4, however it was a tense affair with 5 clubs battling it out for the final place. It was Mansfield Town who secured the last semi final slot with a draw against Notts County.

Both Derby County and Sheffield United won their semi finals to set up a Area Final encounter which proved to be a good one as these were the two strongest sides in the competition.

Derby County emerged victorious with a 3-0 win over Sheffield United.

Football in the Community Event at Mansfield Library 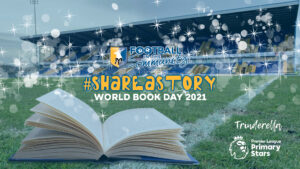