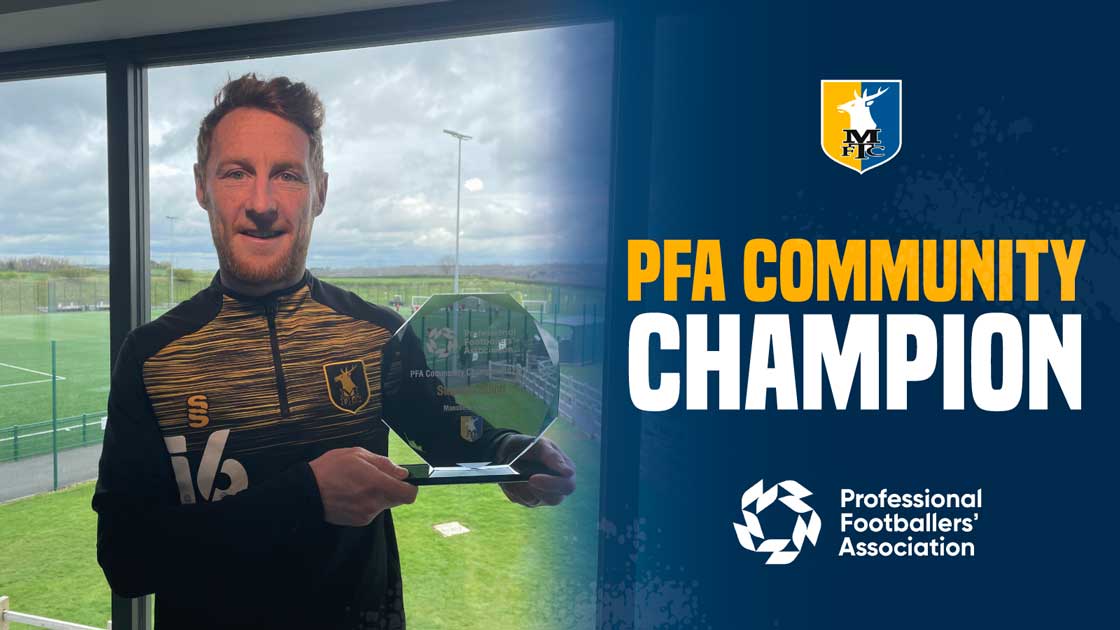 Mansfield Town Football in the Community are delighted to name experienced Stag midfielder Stephen Quinn as their PFA Community Champion for the 2021/2022 campaign.

The midfielder has been ever present in a brilliant Mansfield Town campaign, contributing 2 goals as well. With his invaluable experience, which includes playing in the Premier League, the midfielder has shown leading characteristics on and off the pitch this season. The 36-year-old has been given this annual award for his community work, as part of Mansfield Town Football in the Community’s Premier League Primary Stars delivery.

Stephen recently visited Lake View Primary school with fellow teammate George Maris. The star duo visited the school whilst Community coaches were delivering one of their Primary Stars sessions, which led to a Q & A session with the participants. It was clear to see that Stephen took great pride in the visit, as he led the session himself encouraging the participants to engage in the Q & A activity, as he noticed some were too shy to put their hands up. He shared stories of his career and answered any questions about what it’s like growing up as a footballer. Stephen also participated in World Book Day. He was filmed reading out a question for the young Stag fans to answer, in partnership with the National Literacy Trust.

“Mansfield town is a community-based club, supporting the community you can tell that with the comradery between supporters and players and everything about the club, so it’s great to come down and visit the school and put our own time back into it.”

Over the final few months of the academic year, Stephen Quinn and other first team players will be working with Mansfield Town Football in the Community again, visiting other PLPS partner schools as well as additional projects we run. Taking time out of their day to visit these sessions is vital in bringing the club and local communities together, and Stephen Quinn has led by example with this.

The PFA Community champion award is awarded at the conclusion of every season to a player who has gone above and beyond to make a difference within their community setting, Stephen becomes the latest recipient of the award – following the likes of Aiden Stone, Ryan Sweeney, Alistair Smith, Jamie McGuire, Paul Anderson and Rhys Bennett in recent seasons.

The PFA has been immensely proud of the outstanding efforts of players during a very difficult season once again and we feel they should be recognised for their support and involvement in the local community. The Award will hopefully raise awareness of the importance many of our members attach to their roles off the pitch and highlight their commitment to support those most in need during the pandemic. We would like to offer our congratulations to this season’s recipient of the 2021/22 PFA Community Champion Award.” John Hudson PFA – Director of Corporate Social Responsibility. 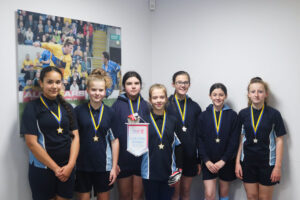 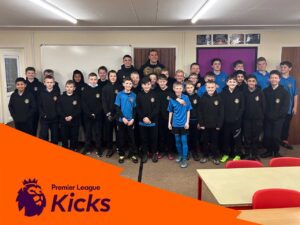 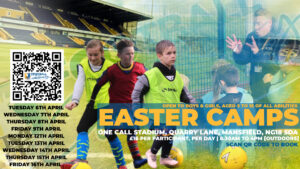 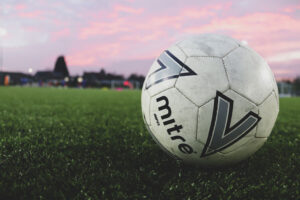