Two Primary School teachers from Pleasley based Farmilo Primary say they are delighted with the early impact Football in the Community’s Premier League Primary stars’ delivery is having on their pupils.

Football in the Community began working with two classes at the Primary School after February Half Term focussing on PE Interventions, something the teachers believe have had a massive impact on the children’s motivation and behaviour.

Lauren Gough, Year three teacher, said “The children are really enjoying it, they gain a range of skills within football but also vital elements such as team work which is already transpiring into the classroom as they’re learning how to work as a group.

“The skills that they’re able to gain now within a practical environment with no pressure, with new people teaching those skills, they’ll be able to bring those into the classroom because [during PLPS] they’re more focussed because of the change of environment.”

Fellow year three teacher Sarah Bamford added “The children really love the activities they’ve been doing so far, such as the attacking and defending based games, it’s taught them a lot about team work and tactical thinking.

“I was a little apprehensive about the competitiveness of a few of the boys but they’ve really taken on board what the coaches have had to say and have done really well in being friendly and getting others involved.

“I’m really looking forward to seeing this progress as already in week two, they’re learning new skills and in particular, the children who are more shy, are coming out of their shell and getting involved”

Premier League Primary Stars Coordinator Jordan Ferrer said “Our focus with these classes at the moment is the ‘Be Connected’ strand of Primary Stars, as I know the School want their children to improve on team work, communication and tactical thinking. Working alongside PL Primary Stars Lead Coach Mark Lynk, we’ve devised some really fun sessions which the children have understood really quickly and despite it only being week two, we’re all seeing the changes within the group, which we’ll work hard to continue to develop and harness.”

Alongside delivering the PE Sessions, Football in the Community are working with the teachers to help them develop their PE teaching skills, something which NQT Lauren Gough has welcomed with open arms.

“I’ve already been able to pick up new ideas and new activities which I can use within my own PE lessons, but it’s also really nice to see how other people work with the children and therefore I can pick up different strategies on how to manage behaviour and how to engage them and boost their morale.” 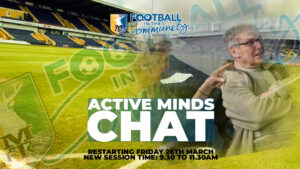