Owen joined us in September 2016 after completing his GCSEs at The Brunts Academy in Mansfield. Owen had been coming to Mansfield Town Football in the Community since he was a small child where he attended our Saturday Morning and Stay All Day Clubs, he had also joined us for our Summer Holiday Activity Clubs.  As he completed his GCSEs, Owen expressed an interest in being able to study and to play football at the same time.

Throughout his 2 years with us, Owen worked hard to complete the course. Some units he found more challenging than others but he never gave up as he wanted to complete the course and have good grades to allow him to gain a better job in the future. He is leaving us with a Diploma in Sport at Pass Pass level. Owen spent a lot of time contemplating what he wanted to do when he finished his course and researched many different Apprenticeships, work and further education courses. Finally, Owen decided that full time employment was the choice for him and 1 week after completing his course started a full time job.

We would like to wish Owen all the very best for his future working career and hope he is successful on his chosen path. 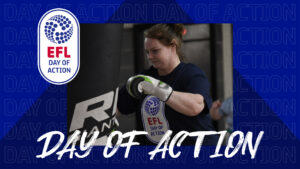